Cooperation partners we love to work with!

Cooperation partners we love to work with!

Over the last few years, the annual Publishers‘ Forum conference has developed into a stand-out industry event with more than 250 participants from publishing houses and service providers. The event offers a top-class, specialist program with hands-on workshops and seminars which communicate concepts and experiences in order to provide workable solutions to the challenges which have arisen as a result of digitization. In 2013, the Publishers’ Forum celebrated its 10th anniversary. In 2015, the company “The Publishers’ Forum GmbH” was established.

We always look forward to the two-day conference which will provide strategic presentations and panel debates as orientation and workshops for practical implementation.

Together with iucon, NEWBOOKS Solutions was founded in 2013. The new formation has resulted in an ever closer collaboration between the Cologne and Hattingen based companies.

Since then the company has developed groundbreaking products such as the B2B platform for the German-speaking publishing industry 'VLB-TIX' – also the first project in which we deployed the MarkLogic Enterprise NoSQL database to integrate data from different sources better, faster and with less cost.

Our jointly developed standard systems for the processing of bibliographic data in ONIX are widely used both in the German-speaking and in the international publishing industry. Our ONIX Tools for the import and export of ONIX metadata are utilized by the complete supply chain in the book trade, such as the central book catalogues NEWBOOKS (German and English titles) and VLB, wholesalers like KNV and Umbreit, many library suppliers and important bookselling chains.

As CIO for web development, Stefan Schwedt is responsible for technical development at NEWBOOKS Solutions as well as being a joint owner of the company. Together with Björn Stude he also runs the Hattingen-based software business iucon. Stefan founded iucon while studying Computer Science at Dortmund Technical University, from where he graduated with honors.

Björn Stude is CIO for database development at NEWBOOKS Solutions as well as being a joint owner of the company. He is responsible for strategy and development in the fields of databases and data formats. Together with Stefan Schwedt he founded the Hattingen-based software business iucon, which they still jointly manage today. Björn was already developing innovative programs while studying media informatics at the Fachhochschule Gelsenkirchen, including software for synchronizing the PDA “Palm Pilot”.

Providing user interfaces along with their underlying processing logic from a single source: that’s the approach that iucon has followed since being founded in 2000. The company’s goal is to provide a dynamic and harmonious link between the front end and data pool for projects of any size and complexity. It’s this goal that determines the programming languages and technologies to be used – always with optimum usability and the customer’s business objective in mind.

iucon focus on solutions that require the precise and efficient processing of large quantities of data. Consistent application of Microsoft software architecture guarantees that iucon’s customers benefit from having access to stable and future-proof systems. iucon has been a 'Microsoft Gold Certified Partner' since 2010.

iucon work on projects within the publishing industry as well as in other sectors. For example, an order from the Bavarian mail order business, SIP Scootershop led to the development of the autonomous ERP system „iuBIZ“, which is now frequently used as an omnichannel solution. If required, customers can also be provided with an online store that includes an integrated ERP system – the perfect platform for entering the online market. 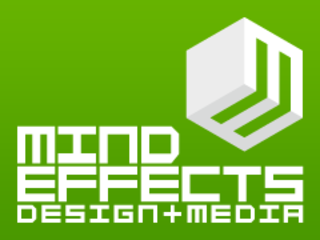 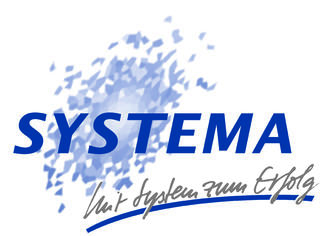 Comprehensive IT Solutions – Customer-oriented IT Services: From DMS to ERP to IT-Security for midsized companies

Systema Computer Vertriebs GmbH is our partner IT Company for Business Solutions, IT-Security, IT Project Management, as well as IT Infrastructure, Computers and Networks. For over 25 years, Systema has been efficiently and securely managing the computer infrastructure of small and middle-sized companies.

Together with Systema we offer highly qualified IT-Services for hardware and software, as well as simply all-around computing solutions.

MarkLogic® is the world’s best database for integrating data from silos. MarkLogic is an operational and transactional Enterprise NoSQL database platform, and organizations around the world rely on it to integrate their most critical data and build innovative applications on a 360-degree view of that data. MarkLogic makes it easy to get data in and easy to get data out, and it is 100 percent trusted to run critical business operations. Headquartered in Silicon Valley, MarkLogic has offices throughout the U.S., Europe, Asia, and Australia.

NEWBOOKS Solutions is Services Partner of MarkLogic and was awarded with the Excellence Award in 2016. Based on the Enterprise NoSQL-database MarkLogic NEWBOOKS Solutions has developed the new title announcement service for the German publishing industry VLB-TIX - a platform that provides a high quality, efficient and up to date communications channel for making new book announcements. We also use MarkLogic as Basis for our Smart Data projects.